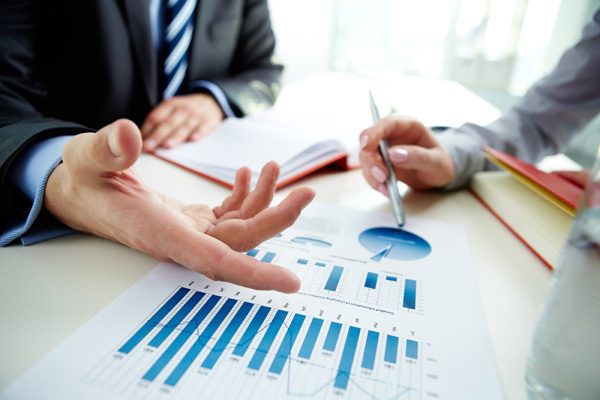 Crowdfunding is all the rage, with new platforms popping up ever more frequently. Many consider it to be the future of investing, others warn that its risks are often underestimated. And then there are the different types of crowdfunding: reward-based, equity-based, debt-based, flexible, fixed and so on. It can all seem bewildering, but like most things the underlying logic is simple.

The most important benefit to crowdfunding is that it makes investment in small companies and startups accessible to everybody. For this reason, it is more important than ever for people to fully understand this new world, as most of the negative publicity around crowdfunding is largely focused on misuse and misunderstanding of the platforms. In this article I will cover the different types of crowdfunding platform, along with the main incumbents in each category, and explain some of the primary pitfalls that ensnare many newcomers.

But first, a definition.

What is the crowd?

Ordinary, everyday people. And that’s what the “crowd” in crowdfunding refers to. You see, raising money is not really about business plans or market traction or financial forecasts: it’s ultimately about trust. And in life, the higher the risk of being hurt, the more important trust becomes. For this reason, most people don’t mind putting a few pounds towards sponsoring a charity run or lending a friend a few pounds; there’s a general acceptance that you shouldn’t expect to see that money again, and as such the level of trust in the person to whom you are giving the money doesn’t need to be particularly high. But if somebody asks you to invest several thousand pounds, the situation is radically different. For most people, this is not an amount of money that they can afford to lose. Therefore, most people have been locked out of the investment world where small businesses need thousands of pounds to be invested.

It’s therefore logical that the traditional routes for founders financing a business have been channels like loans from banks, high net worth individuals and friends and family. A founder’s ability to raise money has depended largely on their collateral in the case of a bank loan, or their personal network in the case of investments from individuals, and consisted of big chunks of money from a small handful of people who trust them and/or have thoroughly vetted them. The alternative – raising small chunks of money from a large number of people – has been largely impossible unless the founder happens to know hundreds of people and is both willing and able to deal with the enormous administrative overhead of dealing with so many people.

Enter the internet, with its well-established history of both removing administrative headaches and connecting large groups of people together. Crowdfunding essentially facilitates the matchmaking between ordinary people who are interested in investing in things and ordinary founders who don’t happen to have access to collateral or large networks of wealthy individuals. The software running the crowdfunding platform handles all of the administration, while the internet itself provides a vast potential pool of people for the founder to market to, at scale.

In short, crowdfunding makes it possible to raise small amounts of money from a large amount of total strangers. For that reason, it’s great.

The main types of crowdfunding platform

There are four main types of crowdfunding platform, all with different advantages and risks. Below are the main ones, with links to the largest or most well known incumbents.

The closest sibling to the traditional charity fundraiser, reward-based platforms take money in the form of pledges or donations, and in return you get some kind of kick back or perk from the business. For example, you might get a discounted unit of the product being funded once it’s manufactured, or for a higher donation amount you might get a personalised version of the same product as a thank you for supporting it. This is the “reward” in question, and usually the higher the pledge amount the better the reward.

For obvious reasons you tend to find mostly physical products on reward-based sites, where the money is used to take a concept prototype to first production. They also tend to be popular with creative projects such as movies, games or music albums, where fans can support their favourite artists and get perks like a credit at the end of the movie in return.

The downside to reward-based sites is that they are vulnerable to scams and fraud. There is usually very little or no due diligence on the companies or individuals raising money, and with the minimum pledge amount starting at as little as £1, the barrier to entry on the investor side is minimal too. Scammers will often present fake product prototypes in a video featuring concept art and renders, only to disappear with the money once the campaign is over. The investors, in this case, have little recourse except to complain to the crowdfunding platform itself to get a refund, but the lines of responsibility around risk are somewhat hazy.

There are fantastic opportunities to back exciting projects on reward-based platforms, but the risk is highest and the return generally not appreciable. Investing on a reward-based platform should be done out of passion for the product you’re investing in, not with an expectation of financial returns.

Much closer to the traditional notion of investing, equity-based platforms facilitate investments in businesses in exchange for equity in those businesses. Equity platforms are regulated by the Financial Conduct Authority in the UK and investors must meet certain legal requirements. These are, however, not particularly stringent and usually involve a simple credit check and completion of an online questionnaire. Minimum investment amounts are still very accessible at around the £10 mark usually, although some equity platforms have a higher minimum stake.

For businesses looking to raise, however, the entry process is much tougher. Proper legal due diligence is performed on every company, and the submission process normally consists of a number of rounds of iteration and approval before the campaign can go live. The obvious benefit for investors is the added layer of protection for their investment. It is much rarer for scammers or fraudsters to launch on equity platforms and FCA regulations require claims by the businesses to be backed up with evidence which the platform will verify themselves before allowing the campaign to launch. For this reason, as many as 90% of all applications for equity-based platforms fail to make it through to campaign launch.

The advantages for businesses raising money are access to a more sophisticated group of investors beyond their own networks (traditional investors are increasingly flocking to such platforms), as well as a streamlined process for dealing with the- generally much smaller than other crowdfunding platforms – group of investors. There is also an increasing trend for equity platforms acting as nominee shareholders on behalf of the investors, which means the business takes on a single new shareholder instead of several hundred, making administration much easier as well as making future investments far more straightforward. This particular point is often overlooked by businesses looking to raise, but is the main reason we chose Seedrs for our own equity fundraising campaign.

Equity platforms will normally hold the funds in escrow until the campaign is over, adding yet another layer of protection for investors. Of course, the normal risks apply in terms of expected returns: most investments will not return much if anything, but the ones that do promise huge financial gains compared to other investment options. Generally speaking, this type of crowdfunding is what is referred to in speculations about the impact of the format on the future of investing generally.

Otherwise known as peer-to-peer lending, debt-based crowdfunding takes the core benefits of crowdfunding – the administrative advantages and access to large groups of people – and applies it to business lending. In simple terms, investors put their money into a fund managed by the platform, and the platform loans the money to businesses looking for capital. Investors can either choose which businesses they wish to invest in, or let the platform choose automatically on their behalf.

The main difference is, obviously, that the investor should expect to receive the money back, with interest. The appeal of putting one’s money into a lending platform instead of an equity based one comes down to the reduced risk factor, assured by the fact that businesses are put through the same rigorous vetting procedures as they would do when borrowing from banks, and the returns are often much higher than a simple ISA or pension. For a business which meets the criteria for lending, the advantages are better rates than a bank with more transparency.

While generally not ideal for early-stage startups with no collateral, for more established ones looking to grow it offers access to cash without having to give up equity or take on hundreds of investors. For investors who are more risk-averse it is a safer alternative to equity crowdfunding, at the cost of missing out on potentially big returns that successful startups can sometimes yield.

The newest and least well-known crowdfunding type, blockchain crowdfunding leverages the power of cryptocurrencies such as Bitcoin to generate cash from the creation of new tokens in a process called Initial Coin Offerings (ICOs), a nod to the more traditional Initial Public Offering (IPO) process that we are used to with stock markets.

The way it works is pretty complicated to explain here, and an understanding of how blockchain and cryptocurrencies work is essential before even contemplating this route (you can read my article “A brief guide to blockchain… for normal people” here if interested). As such, the businesses raising money via this route are mostly blockchain related themselves, and the investors piling in to the ICOs tend to have a very high risk appetite.

The appeal is in the potential returns for investors from the crytpocurrencies themselves. As an example, the Ether cryptocurrency doubled in value in only three days during March 2017, while the Monero currency increase 2000% in value last year alone. Of course, this level of volatility can go the other way too, as anybody who has invested in Bitcoin recently will attest to.

Blockchain’s decentralised architecture and trustless, crowdsourced approach makes it an obvious candidate for preferred crowdfunding approach in future, but the technology as a whole is still in its infancy and as such is prone to scammers and fraud, as well as huge volatility in the currencies themselves. Not for the faint-hearted.

Which one should you choose?

As an investor, the decision over which crowdfunding platform to invest in depends largely on your risk appetite. If your goal is to receive any kind of return then the rewards-based platforms should be rule out entirely. Beyond that, if you’re just looking for a better rate of interest than an ISA can offer, debt-based platforms may be a good option, otherwise go for the equity crowdfunding option if you want to be a “real” investor. Blockchain is for the gamblers.

As a business, stick to the rewards-based platforms for consumer products that are in concept or prototype stage, perhaps moving on the equity platforms once your product is up and running. Debt-based platforms are a better choice for bridge finance if you are more established, and blockchain is the obvious option if you are a blockchain startup.

Whichever stage you are at, make sure to shop around and do your research before diving in, and as long as you keep a sensible head there are exciting opportunities available that would likely never have existed before. For that reason alone, crowdfunding is a wonderful innovation.