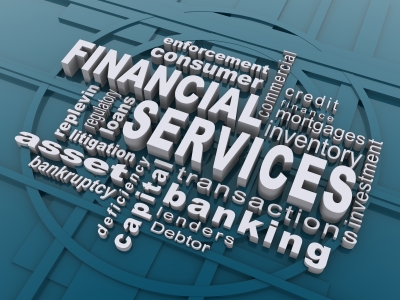 For a millennium, mankind attempted to define and measure risk.

From the early days of Pascal and Golton to the modern forerunners in academia, defining and measuring risk has been a relentless pursue. Until we properly define and measure risk, there seems no way to mathematically defeat risk, creating risk free financial markets and economies.

Mathematics opened up a new door for mankind with the invention of probability study. Mankind started using probability studies in real life statistical research in the 1660s, starting with a man called John Graunt. Gruant’s methods evolved through many hands into what insurance companies of today still use to calculate insurance premiums. Even though probabilistic study is a useful mathematical tool for defining the probability of the occurrence of several outcomes, it has certain flaws. Flaws rendering it useless in helping the world prevent or predict the Great Depression and the subsequent World Wars and each market crash that followed. Probability has 2 major flaws; Firstly, probability is based on each outcomes being mutually independent and random, resulting in a normal distribution and secondly, probability cannot take into consideration more outcomes than what was taken into consideration! Yes, that’s what we all mean by being “taken by surprise” isn’t it? Mankind has indeed been “taken by surprise” more times than we are willing to admit.

Because new information and new outcomes cannot be predicted, no studies depending on past results and occurrences are valid in the face of new information. That is why investment reports always states “past results do not guarantee future performance”. Uncertainty is the main component of risk. Treasury securities are so “risk free” because it has a high certainty of performance.

However, risk is not only uncertainty of outcome but also the consequence of outcome.

Too long has mankind defined risk based on the probability of occurrence without taking consequences into consideration! Uncertainty is the engine of risk and consequence is the end result of risk. Consequence of risk truly defines what is risky and what isn’t!

I define risk as the possibility of a catastrophic loss.

We live in a risky environment all the time, almost everything we do is risky but we do it because the possibility of a catastrophic loss is small or that the negative outcome cannot be regarded as catastrophic.

This brings us to the true nature of risk; Risk is different when regarded by different people. To some people, a 20% portfolio loss is acceptable while for some other people, that same 20% portfolio loss is catastrophic! When an investor is able to define what constitutes a catastrophic loss to that particular investor, the investor will be able to use modern risk prevention tools to create totally risk free investment portfolios!

If even a 1% portfolio loss is catastrophic to an investor, then that investor should not consider investing money. If one defines a particular level of catastrophic risk like say, 20%, then one can use methods like the Protective Put (http://www.optiontradingpedia.com/protective_put.htm) or the Married Put (http://www.optiontradingpedia.com/married_put.htm) option trading strategy to ensure that one’s stocks will never drop below the level defined as catastrophic risk! In fact, a simple stop loss policy implemented portfolio wide can limit losses to the level defined as catastrophic loss. If you know you can never lose more than you want to, would you still regard your investment as “Risky”?

Taking steps to limit the potential downside of a portfolio is said to be adding “convexity” to a portfolio. A convex portfolio has unlimited potential upside while having a limited downside potential. Building convexity is extremely important to modern risk management because there are no way to predict what would possibility happen. All we can do is to make sure that the worst that can happen falls outside of ones’ definition of a catastrophic loss. Such a portfolio was hard to come by a long time ago but with the invention of great financial instruments like stock options recently, convexity and risk free investing is open to anyone and everyone who asks themselves, “what does a catastrophic loss mean to me?”