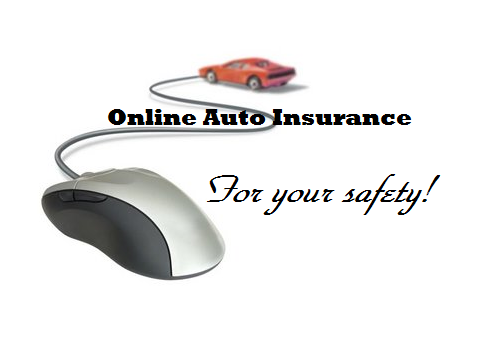 Are you getting food stuck at the top of your throat or chest? It feels like your esophagus has collapsed and you can’t even swallow the saliva in your mouth. What happens is your lower esophagus muscle or sphincter muscle doesn’t relax properly to let food enter your stomach. Your muscles in your esophagus that allow food or liquid to pass are usually closed when you are not swallowing.

It may seem to be right the opposite, but your throat is normally closed, until you swallow. I personally have experienced this sticking or closed throat situation and it was absolutely nerve racking the first time or two. Not that each time I’ve experienced it hasn’t been, but I have learned to deal with it in a more calming fashion now.

My first experience actually led me to the ER to have the red meat stuck in my throat to be pushed down with the help of ER personnel. I later went to an ear nose and throat doctor that took a camera scope down my throat and determined some minor throat abrasions but nothing more.

Some other interesting facts that I have gather with my personal experiences with my throat closing while eating is, it’s an immediate knowing as to what is happening and as I said before, do not panic, it is not life threatening. You can still breathe. If you can get outside so that you can continue to spit your saliva as it continues to build in your throat, do that. You never realizes how much you salivate until you can’t swallow it. So many helpful souls will try to get you to drink something. This doesn’t work. If you can take very small sips of water. Any other fluid usually contains sugar or other flavors that may prevent the throat from opening.

Another fact that seems to be quite obvious is the age factor. Since my experiences, I have talked to others and it seems to happen over 40 years of age more often. The unmistakable gurgling sound when a person is experiencing the throat collapse seems universal.

Since I have not sought more medical attention, being the typical male, I have done some things that affected the frequency of this event. I chose to lose some weight and mysteriously this throat constriction problem simple went away after I had lost approximately 15 pounds. I thought maybe this constriction thing is tied to being over weight. It held true until about a year later I had regained the

weight I lost and my throat spasms or constrictions returned.

A friend of mine for some 30 years, is a few years older than me, and he too has fought this problem. He had had a throat cancer and fortunately has beat that, but he later had the throat spasms. He went for several throat stretching treatments and felt relief for a period of a few months before it returned again.

My brother is 45 years old and it has started happening to him. He is more doctor shy, than I am, and has used me as a unqualified medical advisor or guinea pig. This is not advisable but it’s the reality. So, aging is a factor and reflux also seems to tie in to this condition as well.

Reflux is more treatable from a medical understanding of what is happening. With reflux, this condition is caused by spicy foods and a weak stomach flap. Laying down or trying to sleep can be a bad trigger to reflux. The stomach flap relaxes and doesn’t do its job of keeping food in your stomach. As the flap is open when it should not be, your stomach acids are released into your throat and literally burns your esophagus or throat.

Reflux treatments vary, but one option is to have a minor surgery to tighten the flap, for lack of a better medical explanation. This is a more long term treatment. There are other treatments available and without surgery. Each person is affected somewhat differently or to differing degrees, so you have to decide your what your options are and the treatment you choose.

As we baby boomers continue to live and age, the health conditions that we face will also increase, and with health insurance so out of control, if we can help each other to better describe our conditions, hopefully we can control our costs and doctor visits as well.

Update to This Article: After too many years of suffering from this disorder, that I now know to be called; Achalasia, its medical term, this is what I have and also now having a son-in-law as a doctor, I have discovered a remedy that WORKS!

Turns out that my doctor son-in-law has suffered with Achalasia as well. Long story short, he discussed his condition with other doctors and discovered a remedy that worked for him and now also for myself.

The remedy is with non-prescription acid reflux medicine. Over the counter Prilosec or more cost effective is a substitute by the name of Omeprazole. The price is considerably less, but the results are just as effective.

Here is what was told to me as the solution: Generally, you would take the Omeprazole one tablet per day, but I was told to initially take it once in the morning and then again at night for a month, then after that, only take one tablet every other day.

I can honestly say, I have not had any reocurrences with Achalasia except for when I discontinued the Omeprazole for a period of 1 month thinking I was cured of the aliment. I immediately began taking the Omeprazole and no more trouble since.

I do not understand the connection with acid reflux medicine and my throat clsoing up, but hey, if it works, I’m okay with it. I now enjoy any foods that I once was afraid to eat, for fear of my throat slamming shut. I hope this helps others as well, since doctors ar not all up on this as a solution to a very serious condition for some.

For some reason this medical condition is not widely known or understood with many doctors and you will probably be told that they will offer to have your throat stretched as a short term remedy. I would high suggest my personal solution and see if you have the same positive results.

To further investigate the continued use of Omeprazole, since I heard acid reflux medicines could do damage to your liver, my regular physician told me the low dosage I was administering to myself should not be a concern.